This blog has been highlighting the need for the Education Ministry to review its programmes to groom Malaysians to suit the domestic and global needs of quality and skilled human capital.

Now, online news portal Free Malaysia Today has reported and quoted Talent Development COO as lamenting that Malaysia needed hundreds of new skills with the implementation of Industry 4.0.
“It is disappointing that the Education Ministry has remained mum and unresponsive to public views on the need to review and revamp the country’s education programmes to suit the times,” Gerakan Deputy Speaker Syed Abdul Razak Alsagoff said.

He said the Education Ministry’s continuous unresponsive and arrogant attitude would result in Malaysia losing its global human capital edge.

Syed Razak, who is Gerakan’s nominee to contest N.37 Bukit Lanjan in the coming 14th General Election (GE14), said even Philippine President Rodrigo Duterte had seen the need to promote education for his people to meet the growing demand for quality and competent human capital for domestic and glabal needs.

“He has reportedly signed a law granting free public college, despite being advised not to do so due to the enormous cost on his government’s coffer,” he added.

Syed Razak said the Education Ministry would ultimately or eventually be blamed for the country’s failure to produce the required and adequate human capital skills for economic and technology progress.

“This means we lose the global edge to attract foreign investors,” he added.

Talent Development COO says there will be hundreds of new skills needed with the implementation of Industry 4.0 and hence a need to retrain and refresh the skills of current Malaysian workers. 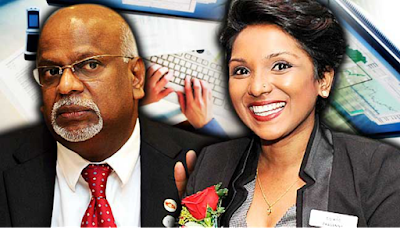 KUALA LUMPUR: Malaysia needs to produce more skilled workers, especially big data analysts, as the country moves towards the era of Industry 4.0, the digitisation and automation of the manufacturing sector.

Industry 4.0 is the current trend of automation and data exchange in manufacturing technologies. It includes cyber-physical systems, the Internet of things and cloud computing. Industry 4.0 creates what has been called a “smart factory”.

Talent Development (M) Sdn Bhd chief operating officer Prasanna Sailanathan said there was also a need to retrain and refresh the skills of current Malaysian workers to cater for the big changes in the industry.

There will be hundreds of new skills needed with the implementation of Industry 4.0, she told reporters at a press conference on the two-day conference on “The Industry 4.0 and Digitalisation” to be held at the Sunway Putra Hotel here on Sept 4-5 organised by Malaysian Institute of Management (MIM) and Talent Development, here today.

She said with the move to big data, there was a huge need for data analysts and scientists.

Touching on the preparation of the Malaysian education system to cater for these new skills, she said the government was already putting in efforts to prepare the local manpower with the knowledge on Industry 4.0 which includes the introduction of coding in the national school syllabus.

While some polytechnics have already implemented the Industry 4.0 syllabus, she said Talent Development had also started to fulfil the new demands.

“As for now, we have trained 52 companies around Malaysia on Industry 4.0,” she said.

Meanwhile, MIM chief executive officer R. Sivanganam agreed that the Industry 4.0, which will be driven by big data, would open up huge job opportunities for data scientists and analysts.

“It’s going to be lots of data driven decisions that need to be made and this is where the upskiling will be important.

“Instead of just quality control we will need big data scientists, big data analysts,” he said.

On the upcoming conference, Prof Dr Holger Kohl, a professor for sustainable corporate development at the Technical University of Berlin and also director of the Division Corporate Management at Fraunhofer Institute for Production Systems and Design Technology (IPK), will be among among the prominent speakers.

He has been involved in large scale projects in Malaysia, Brazil, Indonesia, Vietnam and China.