The cellphone has never been a luxury, more a necessity in lifestyle communications.

The convenience and speed in connectivity has made the cellphone a part of one’s life. Without it, you probably will feel something has gone missing or lost.

“That is how the cellphone has become so attached to mankind that one cannot live without it,” Gerakan Deputy Speaker Syed Abdul Razak Alsagoff said.

“The cellphone, or should I correct myself, the smart phone is attached not only to adults but even toddlers.

“And the smart phone, driven by an ever evolving telecommunications technology, will continue to ‘rule’ the lives of humans.

“Today, at the dining table, the common remark is ‘let the cellphone taste the food first!’ … right?” he added.

Syed Razak, who is Gerakan’s nominee to contest N.37 Bukit Lanjan in the coming 14th General Election (GE14), said the overwhelming power of the cellphone to dictate lifestyle has even conquered the human sense of priority.

“The majority ignore or take no precautions to reduce the health hazards posed by the cellphone because they love the cellphone more than their lives,” he added.

Yes! You probably know about the health hazards but do read this news report posted by The Star Online as a reminder:

"Have a cellphone against your ear? You should consider putting it down 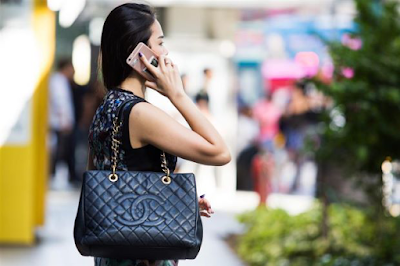 The scientific community has not reached a consensus on the risks of cellphone use, but the health department said research suggests long-term, extensive use may affect health. — Bloomberg

Put your cellphone down – and keep it away from your pillow, the California Department of Public Health is advising.

Smartphone use continues to increase in the US, especially among children, and the health department said some people and health professionals have concerns about the radio frequency energy emitted from cellphones. The scientific community has not reached a consensus on the risks of cellphone use, but the health department said research suggests long-term, extensive use may affect health.

"We know that simple steps, such as not keeping your phone in your pocket and moving it away from your bed at night, can help reduce exposure for both children and adults," said Dr Karen Smith, state public health officer. Smartphones emit radio frequency energy when they send signals to and receive them from cell towers.

About 95% of Americans own a cell phone, and 12% rely on their smartphones for everyday Internet access, the health department said. In addition, the average age when children get their first phone is now just 10, and a majority of young people keep their phones on or near them most of the day and while they sleep.

Other tips for reducing exposure to radio frequency energy from cellphones: Keeping the phone away from the body, reducing cellphone use when the signal is weak, reducing the use of cellphones to stream audio or video or to download or upload large files, keeping the phone away from the bed at night, removing headsets when not on a call, and avoiding products that claim to block radio frequency energy because they may actually increase your exposure. — The Fresno Bee/Tribune News Service"