It’s time for the rakyat (people) and both the state and federal governments to accept the realities of life and technology’s evolution in the 21st Century.

He said when mothers couldn’t care a less of the lives of their own flesh and blood, “this is a serious humanitarian concern and a growing evil”.

“And as a progressive nation, we just cannot turn a deaf ear, ignore the problem and behave like nothing is happening and not try to lessen the societal woe,” he added.

Syed Razak, who is Gerakan’s nominee to contest N.37 Bukit Lanjan in the coming 14th General Election (GE14), said Malaysians and their governments should face and accept the realities of the 21st Century on the issue of sex education.

“Get real! Our children need to be guided and taught to understand sex education. Not hide or shield them from the realities of life and this world.

“In this harsh realities and challenges of the digital 21st Century, there is no place or room for taboo. It’s almost impossible to hide Information, both data and visual.

“There are both bad and inaccurate information in cyberspace. Our children need to be guided and taught about the accurate and appropriate information or knowledge,” he added.

Here are three news reports as posted by online news portal Free Malaysia Today (FMT) for readers to chew on: 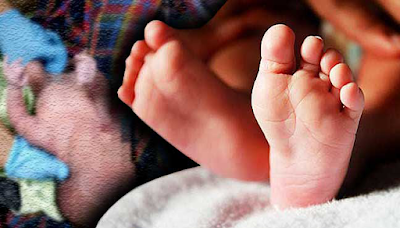 TAIPING: A newborn baby boy was found in a box at a house on Jalan Selasih, Kampung Kurnia Jaya, Kamunting, here today.

There was also a note to the finder to take good care of the baby and let him live happily.

Acting Taiping district police chief Supt Razlam Ab Hamid said the infant weighing 2.5kg was found beside a flower pot in front of a woman’s house at 2.15am.

He said the woman’s son, who had just returned home, heard a baby’s cry before finding the infant, wrapped in green curtain fabric and placed on the floor.

“The witness found the baby’s placenta also wrapped in the same cloth before calling the emergency line 999.

“An ambulance arrived and took the baby to Taiping Hospital,” Razlam said in a statement here today.

He said the baby’s nationality had yet to be identified and it was understood the baby was born after a full-term pregnancy.

Razlam said a note was also found left with the baby boy.

The note read: “Please take good care of this child. Sorry that I had to abandon him.

“I have come from far with hope for my son’s well-being. Let him live happily and do not curse and despise him as an illegitimate child. Please take care of him.”

Blame lack of sex education for babies being dumped 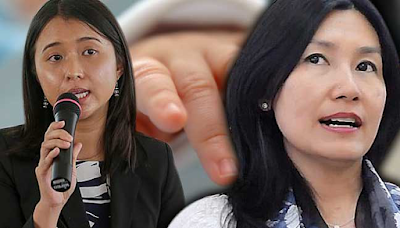 PETALING JAYA: Some 700 babies were dumped between 2010 and 2016, and a child rights activist said a lack of sex education is to blame.

Madeleine Yong, who founded Protect and Save The Children (PS The Children), an NGO which combats sexual abuse against children, said that even though the education ministry has a reproductive health curriculum, teachers need to be properly trained to teach the subject.

“Parents and teachers need to understand that we are not teaching the teens how to have sex, but to equip them with skills and knowledge to protect themselves.

“At the end of the day, this is a systemic change. They have to make it compulsory to train the teachers.”

Yong said the NGO is willing to assist in training the teachers as it has experience in this.

She said she had worked with teenagers who have been pregnant before at rehabilitation centres. They had been sexually assaulted or raped, resulting in abandoned babies.

Yong said with the internet, teens are able to gain a lot of information about sex, but do not learn about the dangers associated with it, including unwanted pregnancies.

Tan said sex education must cover both the biological and psycho-social aspects of sex, where they need to learn about contraceptives, sexually transmitted infections, consent, healthy relationships, dating violence, and so on.

She said the health ministry must improve access to sexual and reproductive health care, including contraceptives, as Malaysia’s usage of contraceptives is below the Southeast Asian average.

According to a 2015 United Nations report, only 57% of married or women with partners in Malaysia, aged from 15 to 49, were using contraceptives (compared with 64% in Southeast Asia).

Meanwhile, 15% of married or partnered Malaysian women, aged 15 to 49, had an unmet need for family planning (versus 12% in Southeast Asia).

Most of the abandoned babies were reported in Selangor (with 157 cases), followed by Sabah and Johor (each with 84 cases), Kuala Lumpur (with 65) and Sarawak (with 49 cases).

She added that there are currently eight hospitals and an NGO called Orphan Care that provided baby hatch facilities.

The minister was responding to an oral question from Teo Nie Ching (DAP-Kulai). 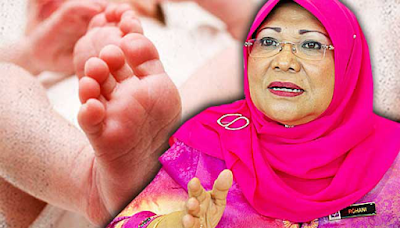 KUALA LUMPUR: A total of 697 babies have been abandoned in Malaysia between 2010 and December 2016, Women, Family and Community Development Minister Siti Rohani Abdul Karim told the Dewan Rakyat today.

The breakdown by state highlighted, how over the same period, the most number of abandoned babies cases occurred in Selangor, with 157 cases.

“This was followed by Sabah and Johor, each with 84 cases, Kuala Lumpur, with 65, and Sarawak, with 49 cases,” Siti Rohani said.

She added that there are currently eight hospitals and an NGO called Orphan Care that provides baby hatch facilities to curb baby dumping.

The minister was responding to an oral question from Teo Nie Ching (DAP-Kulai) who had also raised the problem of citizenship of abandoned babies.

“For babies left in baby hatches, we try to register their late births then apply for citizenship. The babies have no documents but we still try to trace the parents.

“We also present the baby in court, but usually no one comes forward to claim the baby is their child.

”Abandoned babies who are adopted by families too, should go through a similar process. Citizenship can be given under Article 15(A) of the constitution for citizenship under special circumstances,” Siti Rohani said.

She also called for babies born out of wedlock to be duly registered."