BUKIT LANJAN: Even Toyota admits it lags in EVs!

September 19, 2017
BUKIT LANJAN: Even Toyota admits it lags in EVs!

“In another quote, he said Toyota would not be considering focusing solely on EVs,”he added.

Syed Razak said it took a great corporate leader to admit globally that his or her company “is behind others in terms of new technology”.

However, Syed Razak said, the second quote was both perplexing and confusing”.

“For a conglomerate like Toyota, one would expect it to redouble its efforts to achieve better results in EV technology. Instead, Toyoda says Toyota will continue to focus on powertrains that focus on improving ‘old’ technology - hybrid technology, including fuel cell vehicles, plug-in hybrids.

“One suspects that Toyoda is not telling all. Toyota may have a ‘secret weapon’ (technology). Hydrogen, solar or air-powered cars?” he asked.

Syed Razak, who is Gerakan’s nominee to contest N.37 Bukit Lanjan in the coming 14th General Election (GE14), said the short news report had an important message or revelation for Malaysians and Proton.

“That the federal government’s decision to have Proton go into a joint-venture (JV) with China’s Zhejiang Geely Holding Group Co Ltd (Geely) is absolutely spot on.

“China is today arguably a leader in EV manufacturing and technology. We can hope for Proton to grow with Geely and China’s technology,” he added.

Here’s that short Reuters' report posted by The Star Online that you may have missed or did not notice: 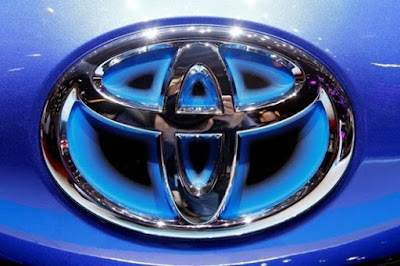 “EVs (electric vehicles) are in focus at the moment but customers and the market will ultimately decide which powertrains will be successful,” he said at an event to launch a new line of sports cars.

“Toyota will continue to focus on powertrains that focus on hybrid technology, including fuel cell vehicles, plug-in hybrids and - although we were a bit late to the game - EVs.”

He also said Toyota was not considering focusing solely on EVs. – Reuters"