BUKIT LANJAN: Global vehicle sales to plummet by 2040 due to ride hailing?

BUKIT LANJAN: Global vehicle sales to plummet by 2040 due to ride hailing?

Oil demand to rise, 80% of the vehicles sold worldwide in 2040 will still use some form of petroleum-fueled combustion engine?

Electric vehicles (EVs) demand to remain at a low 19% only?

He said IHS Markit’s study was akin to concluding that consumers would not embrace new and advance automobile technology, like EVs?

“I am not too sure and convinced by the study, least to say it’s flawed. Common sense dictates that the majority of consumers, except for the rich and super rich of course, will always go for savings.

“EVs will be cheaper to run, and it will also contribute to anti-global warming efforts. Why would demand for EVs be so low as touted by the study?” he asked.


Syed Razak, who is Gerakan’s nominee to contest N.37 Bukit Lanjan in the coming 14th General Election (GE14), said the study “did not make much sense”.

Here’s the report on the study as posted by The Star Online. Form your own judgment and conclusion: 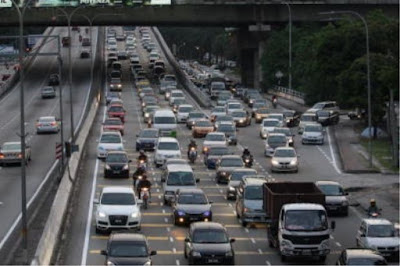 Another counterintuitive finding from the study by IHS Markit was that more than 80 percent of the vehicles sold worldwide in 2040 will still use some form of petroleum-fueled combustion engine.

Global vehicle sales will decline over the next two decades as consumers embrace on-demand ride services like Uber, but demand for oil will keep rising, according to a study released Tuesday.

Another counterintuitive finding from the study by IHS Markit was that more than 80 percent of the vehicles sold worldwide in 2040 will still use some form of petroleum-fueled combustion engine.

Annual sales of privately owned vehicles in the United States, Europe, China and India will decline over the next 23 years to 54 million in 2040, as total miles traveled rises 65 percent to around 11 billion miles a year, the study projected. About 67 million vehicles a year are sold currently in those regions.

According to IHS Markit, which provides economic forecasts and data to the global energy and automotive markets, battery-powered all-electric vehicles will account for about 19 percent of sales by 2040. This compares with an estimated 14 percent of production by 2030 in a forecast by Boston Consulting Group on Nov. 2.

IHS Markit forecast that plug-in hybrid electric vehicles - those with electric motors and combustion engines - will account for another 14 percent of sales in 2040.

While the adoption of electric vehicles is being driven in part by technology advances and government policy, "the part that's most consumer-driven is ride hailing," the on-demand service offered by such startups as Uber Technologies and China's Didi Chuxing, according to Daniel Yergin, IHS Markit vice chairman.

He said the firm was "surprised when we saw (oil) demand increasing rather than going down.” Yergin noted that cars only account for a third of oil demand.

The study's authors expect 43 million barrels a day of new oil production will need to be brought into development by 2040 as demand rises and existing fields decline naturally. – Reuters"