The survey statistics are mind boggling. It shows a significant large number of Malaysians do not value road safety and their own lives.

National news agency Bernama reported that 43% of Malaysians use hand phones when driving or riding. And that 53% Malaysians even send text messages while driving.

“If that is not endangering themselves and other road users, you can call me stupid,” Gerakan Deputy Speaker Syed Abdul Razzak Alsagoff said.

He said Malaysians not only appear to be non-law abiding when on the road, they are also filthy rich to take risks and pay compound fines.

“Perhaps the fines are too low? Raise them to RM1,000 and then we will see whether such errant drivers will continue to flout the law and endanger themselves and others on the road,” he added.


Syed Razak, who is Gerakan’s nominee to contest N.37 Bukit Lanjan in the coming 14th General Election (GE14), said the situation would continue to deteriorate and turn Malaysian roads into “killing fields”.

He urged all relevant enforcement authorities and psychologists to brainstorm and find a more effective deterrent to stop Malaysians from using, or even worse texting, while driving or riding.

A Miros survey shows 53% of drivers even send text messages while driving. 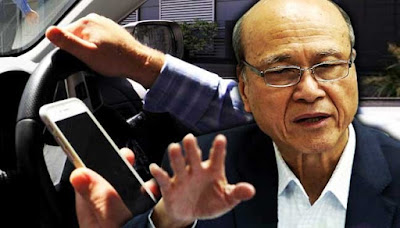 PUTRAJAYA: A study carried out by the Malaysian Institute of Road Safety Research (Miros) has found that the majority of Malaysian drivers use their mobile phones, contributing to road accidents.

Its chairman, Lee Lam Thye, said the majority of Malaysians agreed that the use of mobile phones while driving could pose dangers to themselves and other road users but they were still doing it.

In last year’s study, carried out on 300 random responders in the Klang Valley, Miros found that 43.4% of road users were regularly using mobile phones while driving cars or riding motorcycles.

He also felt that despite being aware of the dangers, the respondents were still reluctant to change their attitudes, lacked discipline and were stubborn. As such, they posed a risk to other road users.

“I think enforcement by the Road Transport Department and police should be intensified to ensure drivers adhere to the laws,” he said.

Minister in Prime Minister's department Nancy Shukri calls for tougher penalties, making the sentences on par with those found guilty of drink driving. 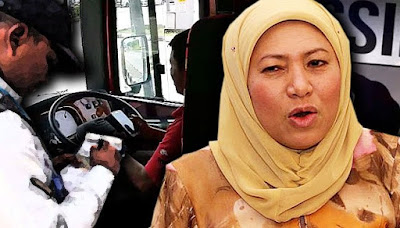 BALAKONG: Minister in the Prime Minister’s department Nancy Shukri wants stiffer penalties for motorists using handphones while driving after statistics showed that more than 46,000 summonses on the traffic offence were issued by police last year.

She said the penalties for using handphones while driving should be the same as those imposed on drunk drivers.

Currently the maximum fine for using a handphone while driving is a RM300 fine while the penalty for drink driving is a fine of up to RM2,000, and imprisonment.

“This is a serious offence. People’s lives could be lost in a moment’s distraction,” she said after visiting the Rapid Bus Complex here today.

She was asked if heavier penalities, the same imposed for drink driving, should be meted out to those found using a handphone while driving.

“This matter needs to be relooked. People need to know it could end in tragedy if their eyes are not on the road,” Nancy said.

There have been dozens of accidents caused by drivers on handphones with police saying the problem had gotten worse over the years, especially with the advent of messaging apps like WhatsApp.

Police have also said many motorists and motorcyclists were constantly using their phones while on the road, especially during traffic jams.

Nancy urged the various authorities to review the penalties which she added would serve as a deterrent to would-be offenders."