BUKIT LANJAN: Please! No mercy to the nine soldiers if they are found guilty of gang raping teen girl


BUKIT LANJAN: Please! No mercy to the nine soldiers if they are found guilty of gang raping teen girl

The nine military men who allegedly gang raped a 17-year-old girl in Kluang, Johor, last December, are plain “animals” and should be treated as such if they are found guilty.

The girl’s so called “boy friend” was the worst of the nine as he had betrayed the girl’s love and trust for him.

“If guilty, the nine should be given the maximum sentence by the court. No mercy should be shown,” Gerakan Deputy Speaker Syed Abdul Razak Alsagoff said.

He said before anyone came to the defence of the nine to “show mercy”, “they must first consider whether they will still say the same if the victim was their daughter”.

“The alleged crime committed by the nine has tarnished the image of the Armed Forces.

“They have been trained to be disciplined to protect and defend our country. Instead, they have become mere barbaric criminals,” he added.

Syed Razak, who is Gerakan’s nominee to contest N.37 Bukit Lanjan in the coming 14th General Election (GE14), said the law should not treat the case as “normal”.

“If guilty, they have not only shamed their uniform, they have also committed an injustice to the country. We cannot have such ‘animals’ roaming the streets in Malaysia without any severe punishment,” he added.

Johor police chief confirms report lodged by the victim, says the 9 suspects were arrested yesterday and are being remanded until March 1. 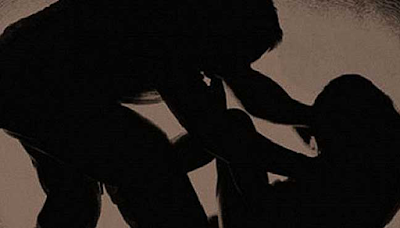 Johor police chief Mohd Khalil Kader Mohd said the suspects, in their 20s, were picked up yesterday before being remanded beginning today.

“I confirm the report (lodged by the victim). The nine (suspects) are being remanded for seven days until March 1,” he said when contacted here today.

It is learned that all the men, from the Mahkota Camp in Kluang, were hauled up after the girl lodged a report at the Kluang police station at about 8.50am yesterday.

It is also learned that the complainant was said to have checked into a hotel at the town with one of the suspects, who is also her lover, before being approached by eight other suspects and gang-raped.

17-year old is hospitalised after security guard talks her out of jumping off the rooftop of a shopping centre. 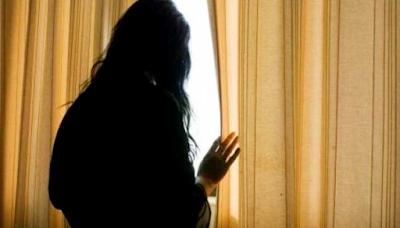 JOHOR BARU: A teenage girl who claims she was gang raped by nine soldiers was hospitalised after attempting to jump off a building last month, sources familiar with ongoing investigations said today.

According to the Malay Mail Online, the 17-year-old girl wanted to jump off the rooftop of the Kluang Parade shopping centre at Jalan Sentul in Kluang on January 16.

However, a security guard on duty at the time talked her out of committing suicide, and later alerted the police about the incident.

The sources also said they believed the girl’s boyfriend, a 22-year-old army private, was the mastermind behind the alleged gang rape in mid-December last year.

“The victim, who worked as a salesgirl, initially did not elaborate about her predicament to the authorities due to fear,” one of the sources told Malay Mail Online today, adding that police discovered later how the military personnel had forced the victim to have sex with them for several hours.

The victim did however lodge a report at the Kluang police station at 8.52am on February 22, stating she was angry at what her boyfriend had done to her and demanding action be taken on all the suspects.

The victim was also sent to the Hospital Enche Besar Hajjah Khalsom for medical observation.

Meanwhile, sources revealed that military police tracked down nine “rank and file” military personnel, between 19 and 24 years old for their alleged involvement in the incident.

“The nine male suspects were handed over to investigators at the Kluang district police headquarters by the Mahkota Camp’s military police corps at 8.20pm on the same day the victim lodged her police report.

Checks showed all the suspects had been garrisoned at the Mahkota Camp in the last few years.

“The suspects were rearrested by police and had their identities documented to facilitate investigations under Section 375B of the Penal Code for gang rape,” said another one of the sources.

If convicted, the nine face a term of not fewer than 10 years and not more than 30 years imprisonment.

According to the sources, eight of the nine suspects had forcefully taken turns to gang rape the teenage girl for more than two hours at a popular hotel at Jalan Mata Kucing in the Kluang town centre.

“The victim alleged that during the entire ordeal from about 4pm to 6pm, the suspects had forcefully held her head, hands and legs,” the sources told Malay Mail Online.

The sources said the victim and her boyfriend had earlier had sex in the same hotel but that eight other military friends later showed up.

It was then that her boyfriend told her to have sex with them as well, and when she refused, the men forcefully gang raped her instead, the sources said.

Johor police chief Mohd Khalil Kader Mohd confirmed yesterday that the suspects were arrested last Thursday and have been remanded for seven days until March 1. - FMT"