Stop taking for granted that the internet is safe for your children.

A United Nations Children’s Fund (Unicef) survey conducted in Malaysia has found that parents have a significant role in keeping their children safe online.

“The survey found that about 86% of children polled identified their parents as the most trusted adult source to seek help in case of online sexual abuse,” Gerakan Deputy Speaker Syed Abdul Razak Alsagoff said.

“If we neglect them, there is no one else for them to turn to when they are in need or are facing online problems or threats.

“In this 21st Century digital era, cyberspace is influencing and ruling the lives of mankind. If we are not savvy and alert of the online threats, what is good and what is bad, what is true and what is fake, we may not only live to regret it, we may be miserable for the rest of our lives,” he added.

Syed Razak, who is Gerakan’s nominee to contest N.37 Bukit Lanjan in the coming 14th General Election (GE14), said: “Whether we like it or not, the digital world will affect our daily lives and lifestyle. No one can escape it, directly and indirectly.”

He said the smart handphone had become the single most disruptive technology in the world.

“No one seems to be able to go on with their daily lives without it. The most popular joke at the dining table today is, the (smart) handphone must ‘taste’ the food first before us humans.

“That is how much the smart handphone has taken over our lives. There, parents must make it a must to find time to keep an eye on what their children are doing online,” he added.

"It's a very appropriate proactive step to help safeguard children from cyberspace predators," he added.
Here's the online news portal Free Malaysia Today (FMT)'s report on the Unisef survey and The Star Online report on Micac): 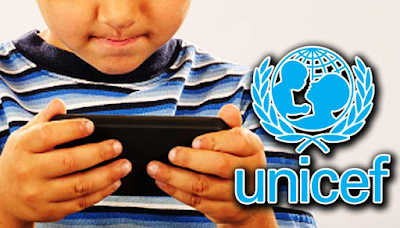 PETALING JAYA: A United Nations Children’s Fund (Unicef) survey conducted in Malaysia has highlighted the importance of parents in being aware and responsive towards the risks their children face on the Internet.

In a statement, Unicef Malaysia said about 86% of children polled identified their parents as the most trusted adult source to seek help in case of online sexual abuse.

It said the result of the survey conducted on more than 800 girls and boys aged 14 to 17 in Johor, Kelantan, Penang and Sarawak underscored the important role parents played in keeping their children safe online.

“Our lives have gone digital, and children are pioneers in this space,” said Marianne Clark-Hattingh, the Unicef representative in Malaysia.

“Our challenge today is to help children be aware of the risks whilst reaping the benefits that the Internet has to offer, by mediating rather than restricting access.

“Parents themselves may unintentionally expose their children to harm online by not fully understanding the risks themselves,” she said.

“It is therefore crucial that they too are aware of the risks and know where to get the right information,” she added.

The statement was issued following a town hall session for parents on child online protection organised by Unicef in Kuala Lumpur yesterday.

The event was held in conjunction with Safer Internet Day and the launch of Unicef’s publication titled “State of the World’s Children 2017: Children in a digital world” (SOWC 2017).

The report covered the benefits digital technology could offer to children while examining how the internet increased children’s vulnerability to risks such as the misuse of private information, access to harmful content and cyber-bullying.

The unit, which will be under the purview of the Bukit Aman Sexual, Women and Child Investigation Division (D11), will oversee all Internet-related mediums of communication used by predators to upload, share and promote child pornography or the targeting of children.

“We can not deny the fact that the Internet holds tremendous potential for our nation’s youth and children.

“However, the misuse of the Internet to prey on them is a serious problem,” he said in a speech at the launch ceremony in Bukit Aman on Friday.

Comm Wan Ahmad Najmuddin cited multiple cases of paedophiles and other sex offenders in past years, including that of Richard Huckle, the British paedophile who was arrested in 2015 for preying on hundreds of children in Malaysia.

“There are many more examples of child sexual exploitation cases. Hence the idea of setting up Micac,” he said.

D11 principal assistant director Asst Comm Ong Chin Lan said that while the unit was officially launched now, her department has been actively monitoring and searching for child sexual predators online since 2014.

“The set-up of this unit is the next step in keeping our children safe,” she said.

The formation of the unit also saw liaison officers from foreign law enforcement agencies, like the Australian Federal Police, US Federal Bureau of Investigation, and US Homeland Security Department come forward to share information and brief Micac officers. - The Star Online"