Ø Singapore to deploy driverless buses from 2022; and

He said both Singapore and the UK had set deadlines to launch electric vehicles (EVs) and driverless vehicles in five and four years respectively.

And, Syed Razak said, “we have not even approved the use of e-bikes and EVs, let alone lay the infrastructure to charge EVs.

He said it was perplexing that the federal government, namely the Transport Ministry, had remained mum on the global transport evolution and revolution in technology.

“The federal government continues to pretend as if nothing is happening globally. What a shame and a disservice to the rakyat dan negara (people and country),” he added.


Syed Razak, who is Gerakan’s nominee to contest N.37 Bukit Lanjan in the coming 14th General Election (GE14), urged the Transport Ministry to take the lead immediately in preparing for Malaysians and Malaysia to embrace new motoring technology.

“We are already left far, far behind. Why are Malaysians being denied access to new motoring technology?” he asked.

"Singapore to deploy driverless buses from 2022 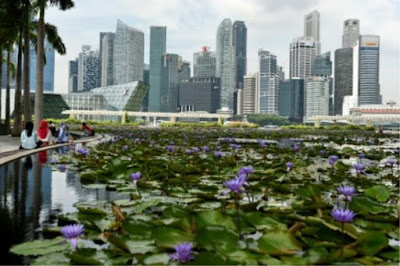 Singapore has so far avoided the massive traffic jams choking other Asian cities like Manila and Jakarta. - AFP/file

Singapore (AFP) - Driverless buses will appear on some roads in Singapore from 2022 as part of plans to improve mobility in the land-scarce city-state, its transport minister said Wednesday.

Singapore has so far avoided the massive traffic jams that choke other Asian cities like Manila and Jakarta by imposing road tolls, spending massively on public transport and becoming one of the world's most expensive places to own a car.

It now plans to embrace self-driving technology to further reduce reliance on cars and improve how people get around.

"More importantly, we can gain further insights into how we can develop new towns or refurbish existing ones for the safe mass deployment of autonomous vehicles."

Khaw said the technology will help Singapore "alleviate its tight land and manpower limits that currently constrain our land transport system" and that he hopes the city-state can become a key global player in the sector.

Singapore is asking for input from industry and research institutions on what is needed to implement the project, with industry proposals to be invited after May 2018, he said.

Around 10 local and foreign companies are currently in Singapore to test their driverless vehicle technology, Khaw said.

Some industry players believe autonomous vehicles can ply highways and busy city streets in Singapore "without any form of human intervention" in 10 years' time, he added.

UK to have driverless cars by 2021: govt 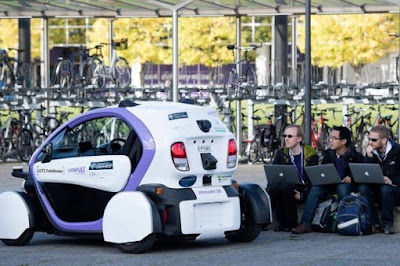 Hammond will announce regulation changes to allow Britain's driverless car industry, which the government estimates will be worth £28bil (RM153.87bil) by 2035, to get cars on the road within as little as three years, according to extracts of the budget released by his office. — AFP

British finance minister Philip Hammond is to announce £75mil (RM412.42mil) funding for Artificial Intelligence and plans to put driverless cars on UK roads by 2021, in his budget speech.

Hammond will announce regulation changes to allow Britain's driverless car industry, which the government estimates will be worth £28bil (RM153.87bil) by 2035, to get cars on the road within as little as three years, according to extracts of the budget released by his office on Sunday.

The minister, who is under a pressure to deliver an eye-catching budget following Brexit spats with cabinet colleagues, will also announce a £400mil (RM2.19bil) fund for companies hoping to roll out electric-car charge points across the country.

People hoping to buy a battery-electric vehicle will also be able to access funding as Britain attempts to move towards zero-emission transport.

However, the Conservative minister is likely to be judged more on his social spending policies, particularly on his housing policy in the wake of the Grenfell Tower disaster that killed 71 people. — AFP"