Just what is Malaysia’s education system and policy promoting for the country?

Isn’t it amazingly ridiculous that the recognition of the UEC examination and MCA’s UTAR degrees have been politicised for decades to the hilt till today?

He said the world was well into the 21st Century but yet Malaysia continues to politicise and undermine talent not only in public institutions of higher learning but also the private sector.

“Why in the world are our educators and ministries so bent on denying talent and afraid of allowing talent to grow and prevail in Malaysia?

“It’s not only a brain drain problem but also a domestic woe in the education system and policies,” he added.

“Human capital is key to a country’s progress. And the supply of human capital must be quality and talent-relevant. Without these two requisites, it only spells regress for any country, including Malaysia,” he added.

Syed Razak, who is Gerakan’s nominee to contest N.37 Bukit Lanjan in the coming 14th General Election (GE14), said postponement of banning UEC holders to sit for the CLP was no solution.

“It’s sinister, it is senseless. Why bar graduates from progressing?” he asked.

Syed Razak cited the recent son of a Chinese migrant couple in Australia who completed high school with his ATAR (equivalent to SATS exams) results showing scores of an almost perfect 100, with 98.85.

“His parents could barely speak English when they migrated to Australia. They toiled as cleaners, until today, to provide for Hu’s education,” he added.

“These are, rightly, the questions Malaysians and the federal government must ask and answer honestly. They are the very reasons for a lack of talent or the brain drain woe,” he added.

Here are the two news stories that are so relevant to Malaysia’s progress or regress, which ever way you choose to view from:

"No more restriction on UEC holders to sit for CLP 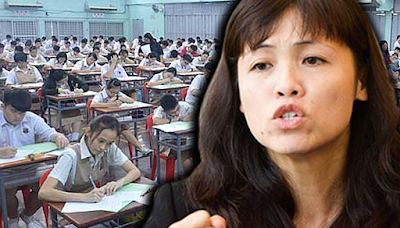 PETALING JAYA: The Legal Profession Qualifying Board (LPQB) has put on hold a directive that students who only have the Unified Examinations Certificate (UEC) be barred from sitting for the Certificate in Legal Practice (CLP) exam.

DAP’s Teo Nie Ching said the decision was made by LPQB directors in a meeting yesterday.

LPQB is made up of Attorney-General Mohamed Apandi Ali, Malaysian Bar president George Varughese, two senior judges and an academic nominated by the government.

The board had discussed the matter and decided not to enforce a decision made in 2005, but which was only notified to colleges last month.

Following the notification, the LPQB website had put up a notice stating that those who wish to sit for the CLP must have at least two pass grades in Sijil Tinggi Pelajaran Malaysia, the local equivalent to A-Levels.

However, the board now said that the 2005 decision would not be enforced until LPQB reconsiders this issue in the future.

Teo, who is the Kulai MP, thanked Varughese for his efforts.

“Without him fighting for the UEC holders in the LPQB board meeting, it is hard to say if LPQB will listen to the plights of thousands.

“However, until and unless UEC is accepted and recognised by our Government, this issue can reoccur anytime in the future,” she said, adding that she had met Varughese on Nov 27, to highlight how unfair the “new” policy had been for students from Chinese secondary schools.

After the issue broke last month, many law graduates from private colleges as well as law students complained that the “new” restriction was unfair, and called for the 12-year decision to be reversed by LPQB. - FMT


Teen Aces His End Of High School Exams, Writes An Article Thanking His Parents For Being The "True High Achievers"

Here is something which will give you a great start to your week as well as a reminder to never forget the things our parents have done for us. DANIEL HU is a young Asian Australian teen who has just finished high school and ready to take on the next chapter of his life. He like may other Aussies who have finished high school has just received his ATAR ( equivalent to SATS exams) results. Hu scores almost a perfect 100, with 98.85 which shows his smarts, hard work and his complete devotion and dedication to his studies. Non academic and somewhat weird me, scored 91.85 back in my teen days, so yes, Hu is a very smart teen.

He writes an awesome article for mainstream Australian media outlet the Sydney Morning Herald, and pays homage, respect and gratitude to his parents who he states sacrificed so much for him, and that they are the “true high achievers”. What an awesome son.

Here are some excerpts of the article, which I am sure you will feel heartened and warmed by:

Both my parents are Chinese migrants, coming to Australia to provide the next generation (me) with the opportunity for a bright future.

They are uneducated, and can barely speak any English. They worked as cleaners. We lived well below the poverty line and to this day my parents earn well below what the average Australian earns each year.

Seven years ago, I received my selective school placement results and found that I had miraculously been offered a place at Sydney Boys High School, an institution well known for nurturing boys of high academic ability and sporting success.

My parents were ecstatic. I had performed better than most of my peers who were brought up in high class, wealthy families.

I am incredibly proud of my achievements, considering where I came from. And I owe this success all to my parents. They are the true high achievers.

My parents are the most selfless, loving and supportive in the world. I didn’t understand their sacrifices initially. I hated being poor. I hated being bullied by others because I was poor. I was one of the only Year 12 students at Sydney Boys who did not have a school blazer or jersey.

My dad, despite not knowing a word of English, used a Chinese-to-English dictionary to help me with my homework during primary school, a task that took most students 10 minutes to complete but took me three hours.

My dad worked countless jobs in the cleaning industry during the day and became my personal teacher during the night.

During my HSC year, my dad was hospitalised and underwent multiple surgeries due to illness caused by juggling so many jobs to pay for our living expenses and for me to have a proper education in Australia.

I knew that no matter what, I would never be able to repay them. Never. But that didn’t mean I was not going to attempt to do so.

And so, I took it upon myself to study as hard as possible for the HSC. I wanted them to be proud of me. I didn’t procrastinate at all during this crucial year.

I think this article is a great reminder for all of us who do have a relationship with our parents – particularly those of us who fall into the 1.5 – 2 generation migrant families – that our parents moved to a foreign country, many with little to no English and networks just so their children will have more opportunities and ample life choices. Hu I would call a devout and filial son, and one any parent would be proud of. After read the original article, I did reflect on the many times I disappointed or dissented to my parents advice and guidance and where some of the lessons they taught me I may never agree with, I know that it comes from a good place.

I wish Hu all the best of luck in his future and his next life obstacle of studying law.

I hope this will make y’all sit down and reflect as well. Please let us know what you think of this.