BUKIT LANJAN: Why are the three ministries non-responsive to global evolution of car technology?

BUKIT LANJAN: Why are the three ministries non-responsive to global evolution of car technology?

If you think still think self-driving electric vehicles (EVs) are a fiction of one’s imagination or a Hollywood science fiction, think again.

In a German town called Bad Birnbach, an autonomous shuttle bus is already in operation to serve the Bavarian townsfolk.

He said the global car technology was already zooming far ahead with manufacturers racing to perfect Artificial Intelligence (AI) controlled EVs for commercial sales and marketing.

“Here, we (Malaysians) are left in the dark by the federal government, namely the Transport Ministry. What is the policy for green technology?

“Why are we not being prepared for a green motoring revolution? Why are EVs still not allowed in Malaysia?” he asked.

Syed Razak, who is Gerakan’s nominee to contest N.37 Bukit Lanjan in the coming 14th General Election (GE14), said three ministries - Transport, Energy, Green Technology and Water, and Science, Technology and Innovation - were suspiciously mum on the global evolution of the motoring industry.

“Why are they so quiet and unresponsive to green technology in transport? Who are they trying to protect or why are they so afraid of leading Malaysians into the future?”

He said it was most baffling that the three ministries had taken such an “unresponsive attitude” towards the global car technology which is advancing furiously”.

“What are they waiting for? To be left far behind and to play catch up?” he asked.

Here are two news reports posted by The Star Online for you to chew on: 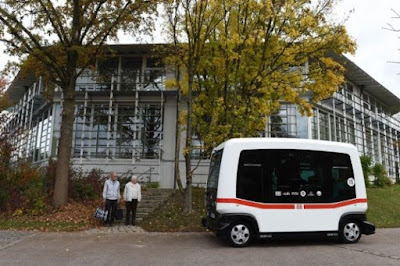 People watch the first German autonomous public transport bus which drives during a presentation in a park in Bad Birnbach. — AFP Relaxnews

The test route for the self-driving machine is in Bad Birnbach, set in the rolling hills of the southeastern state Bavaria not far from the Czech and Austrian borders.

Made by French startup EasyMile, the 12-person bus will offer free rides on an eight-minute route linking the baths, the town centre and the station, Deutsche Bahn (DB) said in a statement.

"We've just driven autonomously into a new era of transport," DB boss Richard Lutz, who rode along on the first trip, said in a statement.

The rail operator has launched a subsidiary dubbed Ioki to test future modes of transport, focusing especially on electric-powered mobility.

From 2018, the new buses will operate on test routes in several German towns, including the country's second-largest city Hamburg.

DB hopes that in the future they will operate like a private car service, picking up passengers from home on demand and bringing them to the station – picking up others with the same destination along the way.

Across the Americas, Asia and Europe, a number of cities – including Paris, Lyon, Las Vegas and Dubai – are already experimenting on a small scale with autonomous vehicles complementing public transport systems. — AFP Relaxnews 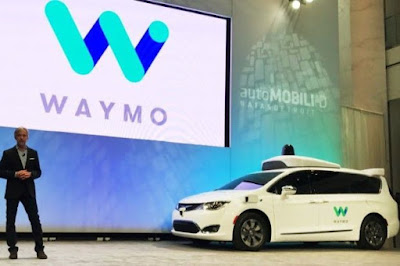 Waymo chose the state to see how vehicles will respond in snow, sleet, and ice. — Reuters

Waymo said Thursday that Michigan is the sixth state where the self-driving car project will test autonomous vehicles. The company chose the state to see how vehicles will respond in snow, sleet, and ice.

Waymo has been testing vehicles in Texas, Arizona, Washington State, Nevada and California and starts in Michigan next week on public roads with a backup safety driver sitting in the driver seat if necessary.

"For human drivers, the mix of winter conditions affects how well you can see and the way your vehicle handles the road. The same is true for self-driving cars," said Waymo chief executive John Krafcik in a blog post. "Our ultimate goal is for our fully self-driving cars to operate safely and smoothly in all kinds of environments."

The new winter testing is in the back yard of Detroit's Big Three automakers. U.S. automakers have touted plans to get self-driving cars on the roads.

Waymo has been mapping areas in Metro Detroit and wants to assess how its sensors perform in wet, cold conditions. One hurdle is self-driving car mapping software may have challenges in winter weather.


One challenge for Waymo may be human drivers. Many self-driving vehicles from numerous companies have been struck by inattentive or careless drivers in California, according to reports to filed with the state. — Reuters"