In doing so, the Europeans have exposed themselves as hypocrites. Their interests are not for the advancement of the global car technology, environment or for level business playing fields.

“That’s exactly what they are doing and saying, as the report suggests. Is it a valid reason for the European car parts manufacturers to call for a halt in electric car technology in Europe.

“They are now asking car manufacturers to look at other ways of cutting vehicle emissions such as more efficient (internal) combustion engines and synthetic fuels.

“In short, what the European Association of Automotive Suppliers (CLEPA) president Roberto Vavassori is saying is that the global car technology, especially the electric and other alternative-powered cars must take a back seat!

“Is he serious in what he has suggested? Vavassori, if you and your fellow suppliers cannot embrace, evolve and adapt to the global car technology development and business transformation, please retire to your villages and take a long rest or break.

“Don’t make fools of yourselves!”


Syed Razak, who is Gerakan’s nominee to contest N.37 Bukit Lanjan in the coming 14th General Election (GE14), said the only reason why Vavassori “is making a fool of himself and all European car parts manufacturers is because China is today the global leader in electric car manufacturing”.

“He knows the West and Europe are losing or have lost out to China in electric car manufacturing, and thus the need to sabotage and protest,” he added.

Syed Razak said the issue also pointed to Proton making “an excellent decision” to team up with China’s Zhejiang Geely Holding Group Co Ltd (Geely) instead of with European or American car manufacturers.

“Now that Proton has accepted a Chinese national to head the company, just move on and progress swiftly with superior technology. Ignore all unnecessary distraction and concentrate on trying to take the lead for once, instead of always playing catch-up.

“There’s really not much time left for Proton to turnaround. Now, Japan’s Mazda Motor Corp has announced plans to make all of its vehicles electric-based, including petrol hybrids, by the early 2030s.

“So, is Proton-Geely also heading towards the same direction?”

Here are the two The Star Online postings for you to chew on:

Suppliers, which say they provide around five million European jobs, want carmakers and politicians to look at other ways of cutting vehicle emissions too, such as more efficient combustion engines and synthetic fuels.

Roberto Vavassori, president of European Association of Automotive Suppliers (CLEPA) warned a headlong rush to electric cars would hand business to China, which along with South Korea and Japan dominate battery production for such vehicles.

"We need to provide a sensible transition period that doesn't give unwanted gifts to our Chinese friends," he said, estimating European automakers were paying €4,000-€7,000 (RM20,097-RM35,170) to China for batteries for every electric car produced in Europe.

They are being encouraged by several governments, with Britain and France both recently announcing plans to eventually phase out combustion engines to try to cut pollution.

Daimler and Volkswagen (VW) both announced plans on the eve of the Frankfurt show to accelerate their shift to electric cars. On Sept 13 the EU car industry lobby offered to further cut CO2 emissions, albeit over a lengthy period and dependent on uptake of electric cars.

The manufacturers also, however, pointed to huge disruptions for both themselves and the supply chain.

Daimler, for example, said it was seeking billions in savings to help fund the transition, while VW said it would tender for partners to provide battery cells and related technology worth more than €50bil (RM251bil).

With European investment in battery technology lagging far behind China, many EU suppliers want the car industry to keep its options open – even those also embracing electric vehicles.

He said Bosch was optimising the combustion engine and also exploring synthetic fuels, which would have the advantage of being able to use existing filling stations and engines.

"This is a faster way of limiting global warming," he said. "We are doing this alongside electric vehicles."

The stakes are high, with the auto industry as a whole providing around 12.6 million jobs in the European Union, or about 5.7% of the total.

Germany, home to some of the biggest industry players, has sounded much less enthusiastic about ditching the combustion engine. Chancellor Angela Merkel, campaigning ahead of Sept 24 elections, has said she is "no friend of bans" and the car industry will need support in its transformation.

Trade unions are pressing hard for jobs to be protected, from suppliers to manufacturers.

"Self-contained value chains are a central pillar of our industrial model and play a big role in the success of the German economy," Joerg Hofmann, president of the IG Metall union, told steel and car industry members on Sept 13.

CLEPA's Vavassori said Europe was lagging behind in the production of sensors and microchips, as well as batteries, and there was a risk in relying on Chinese supplies given geopolitical instability.

"We need production in Europe for vehicles of future, or we put all Europe at risk," he said. — Reuters

Mazda to make all models hybrid, electric by early 2030s 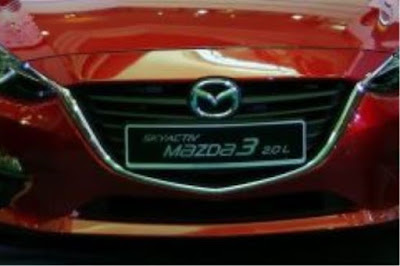 The Japanese automaker plans to use electric motors in all of its models by that time, Kyodo News reported, without citing sources. A Mazda spokeswoman declined to comment on the report.

At the moment, Mazda’s line-up does not include any all-battery electric vehicles, though it sells one hybrid model, a version of its Mazda3.

The company has said it will introduce electric powertrain technologies including electronic vehicles (EVs) from 2019.

To catch up with other larger automakers including Nissan Motor Co, which already market electric cars, Mazda has partnered with Toyota Motor Corp to develop technology.

Meanwhile, it has also developed an ultra-efficient petrol engine, which can be used in hybrids, and plans to incorporate that into its cars from 2019.

The automaker, which also specialises in highly-efficient diesel engines, on Thursday launched a new CX-8 model in Japan, which is only available as a diesel model at the moment.

Other global automakers are planning to shift away from internal combustion engines towards electrification in the coming years.

Volvo Car Group in July said that all of its new models from 2019 would use electric motors, while Volkswagen earlier this week said it would launch 80 new electric cars across its brands by 2025. – Reuters"