Much have been written about the horrible behaviour of Malaysian ‘knights’ and now an animal-like Datuk is accused of raping a 12-year-old girl in a budget hotel in Miri.

And, the alleged rapist Datuk is 82 years old! How the hell was he educated and what has he been learning from the tribulations of life?

Gerakan Deputy Speaker Syed Abdul Razak Alsagoff said “this is really a very sad case because one would expect an octogenarian to be wise and well behaved”.

“Just because of his age, it does not mean that he can do anything he wishes. The law must be abided.

“This is really a very unfortunate case but the law is the law. He must face the music, if found guilty.

“It’s not inhumane to lock him up behind bars, if found guilty. It is inhumane to let him get away with a heinous crime inflicted on a little girl.," he added.

He said he would not be surprised that the Datuk would flee the country after being released on bail. After all, what is the bail money. At his age, he has nothing to lose by fleeing,” he added.

Syed Razak, who is Gerakan’s nominee to contest N.37 Bukit Lanjan in the coming 14th General Election (GE14), said: “This case, again, has marred the image of state honorifics.

“Malaysia seriously needs to do something about the regular shameful and criminal acts of those bestowed with honorific titles like Datuks and Tan Sri.

“Confirmed underworld criminals, convicted murderers, cheats and disgraceful individuals who have been publicly exposed continue to keep their honorific or continue to be bestowed with more awards.

“Why do the authorities continue cheapening Malaysia’s honorifics? Why the inaction to take corrective measures? It’s indeed baffling,” he added. 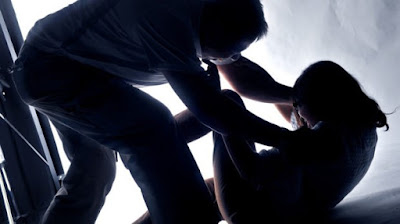 MIRI – An 82-year-old prominent businessman in the oil and gas industry here claimed trial in the Sessions Court to two charges of raping an underage girl.

For the first offence, Datuk Ibrahim Ahmad Darvesh Mohd Deen, or better known as Ibrahim Din, was accused of raping a 12-year-old girl in a room at a budget hotel located at Taman Jade Manis here at about 12.40am on Aug 31, 2017.


He was charged under section 376(2)(D) of the Penal Code, which carries a maximum jail term of 30 years and whipping upon conviction.

For the second offence, he was accused of raping the girl in a room at a budget hotel in Jalan Masjid here at about 8pm on Sept 11, 2017.

He was charged under section 376(1) of the same Code that provides an imprisonment up to 20 years and whipping upon conviction.

The accused appeared calm when the charges were read before Session Court judge Steve Ritikos, who set Oct 19 for case management and March 5 to 9 next year for the trial.

He also allowed the accused to be released on RM15,000 bail with two local sureties.

The deputy public prosecutor was Wan Mohd Izzat Wan Abdullah while the accused was represented by counsel Ranbir Singh.