A recent global survey on internet speed among 189 countries ranks Malaysia at 63rd with Singapore taking the honour as having the world’s fastest download speed of 55.13Mbps (Malaysia 6.69Mbps).

With such ‘Third World’ internet speed, can Malaysians and Malaysia really hope to be a digital world leader, even with Alibaba Group founder Jack Mas as the adviser to the federal government? (Read this for context:
https://bukitlanjan.blogspot.my/2017/07/bukit-lanjan-jack-ma-is-not-enough-ict.html)

“There is absolutely no short cut for Malaysia to become a world player in the digital world,” Gerakan Deputy Speaker Syed Abdul Razak Alsagoff said.

“With or without Jack Ma, Malaysia will continue to lag in the Information Communications Technology (ICT) global development and economic progress if the infrastructure is lacking, inadequate or backward,” he added.

Syed Razak said Jack Ma “is no God” in the digital world.

“He may know what needs to be done or implemented or what should be carried out to help forward Malaysia’s ICT development. But without the required and adequate infrastructure, he cannot be expected to do wonders,” he added.

Syed Razak, who is Gerakan’s nominee to contest N.37 Bukit Lanjan in the coming 14th General Election (GE14), said the federal government authorities responsible for charting Malaysia’s digital development and progress must ask themselves and honestly answer why the country’s internet speed “is Third World”.

“There is no reason for Malaysia’s internet speed to be that slow with so many others ahead of us. It must be the policies and the inefficient services of telecommunication companies in Malaysia,” he added.

"SINGAPORE THE WORLD’S FASTEST, BUT MALAYSIA ONLY 63RD IN GLOBAL INTERNET SPEED 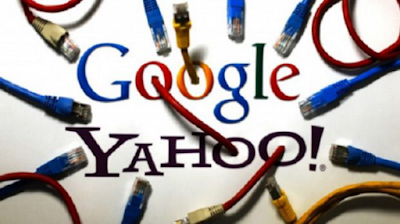 PETALING JAYA – Malaysia ranks 63rd in the latest survey on global internet speed among 189 countries surveyed. Singapore has the world’s fastest download speed of 55.13Mbps while Malaysia pales in comparison with 6.69Mbps.

It will take two hours, 33 minutes and three seconds to download a 7.5GB HD movie in Malaysia while a download of similar takes only 18 minutes and 34 seconds in Singapore.

The findings are based on data collected over 12 months up to 10 May this year by M-Lab, a partnership between New America’s Open Technology Institute, Google Open Source Research, Princeton University’s PlanetLab, and other supporting partners, and compiled by Cable.co.uk.

Malaysia’s internet speed lags two Southeast Asia countries — Singapore (No. 1) and Thailand (No. 29 at 16.85Mbps). The mean download speed in Thailand is 16.85Mbps and the time to download a 7.5GB HD movie there is one hour and 46 seconds. 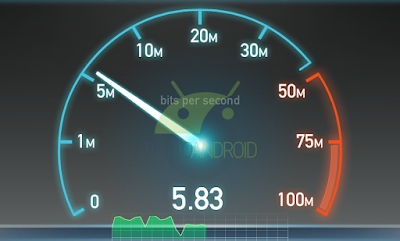 War-torn Yemen comes in last at an average speed of just 0.34Mbps. It will take over two days to download a 7.5GB HD movie in Yemen.

Twenty of the top 30 fastest-performing countries are located in Europe, with seven in Asia, two in North America and one in Oceania.

Seventeen of the 30 slowest-performing countries are located in Africa, with seven in Asia, six in South America and one in Oceania.

A total of 139 countries failed to achieve average speeds above 10Mbps, a speed deemed by telecoms watchdog Ofcom to be the minimum required to cope with the needs of a typical family or small business.