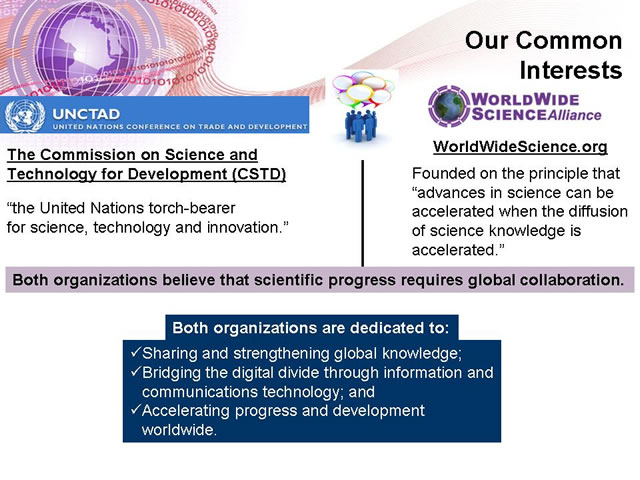 There has been a flurry of global tech news recently and it will certainly do well for the federal government and Malaysia to respond positively and accordingly.

Respond because Malaysia has not even started playing the “catch up” in terms of education to suit the times of science, technology and economy. (View the above video clip for context)

“We are all aware that lifestyles have been changing rapidly due to progress in science and technology. But have Malaysians and Malaysia responded accordingly by thinking out of the box,” Gerakan Deputy Speaker Syed Abdul Razak Alsagoff said.

“I have been blogging on tech and lifestyle issues the past month. But, there doesn't seem to be any positive response from the federal government,” he added.

Syed Razak said it was upsetting to see the federal government continuing to operate and administer with the “business as usual” attitude and mentality.

“This is especially so with regards to the Education Ministry. Education is the foundation for any healthy growing country.

“Not only education, you need the right type of education to ensure that our human capital suit the times. Malaysia will go nowhere in terms of science, technology and economic progress if the federal government continues with this tidak apa (adamant) attitude and mentality.

“We have to start revolutionising our education system to serve the needs of a progressive country that is trying to achieve developed nation status.

“At this rate, we are certainly going nowhere,” he added.

Syed Razak, who is Gerakan’s nominee to contest N.37 Bukit Lanjan in the coming 14th General Election (GE14), said failing to adopt measures to prepare Malaysians and Malaysia to embrace and adapt science and technology would result in crippling the country’s socio-economic growth.

He said the fast global progress of science and technology had resulted in disruptive technology concerns that “we cannot deny and neither ignore”.

“Lifestyle changes, job demands and skills also change. The practical realities also change or even become obsolete,” he said, adding that Malaysia was set to fail if it did not accept and embrace the global changes brought about by science and technology, and respond with positive measure to prepare rakyat dan negara (people and country).

And, here’s what The Star Online posted on Microsoft’s latest e-connectivity, Computex:

At the annual tech extravaganza in Taipei, Microsoft is talking up headsets and the Internet of Things but, more importantly for consumers, how its close working relationship with most of the world's leading electronics firms is going to make these new technologies and devices an affordable reality for all.

"Our partner model is unique in the industry as we collaborate, end-to-end, from design, through all phases of the product lifecycle and across consumer and device channels," said Nick Parker, corporate vice president, consumer and device sales. "Together, we are building new experiences for customers, generating demand and ultimately, creating growth in existing and new categories including Mixed Reality, Internet of Things, and Always Connected PCs with Intel and Qualcomm."

Until Steve Jobs unveiled the iPhone, the only time most people encountered the term ‘ecosystem' was when flicking through a copy of National Geographic. However, today we all understand that no matter how good a digital device, unless it has a supporting ecosystem of services and companies, it is destined to become an also-ran. It's why the Windows operating system is the world's most popular but is also why Microsoft's phone business failed to find a wider market – no ecosystem of apps or accessories.

So, when Microsoft's mixed reality headset and associated platform go live later this year, consumers will be able to buy in confidence as the likes of Acer, Dell, ASUS, HP and Lenovo are all going to support the technology and will be launching their own headsets before the end of 2017.

Likewise, the world's biggest PC makers are committed to Microsoft's new always-connected PC category. These will be mobile computers that are always online via LTE/4G connectivity, that use the cloud for software and applications, and that will use processors developed in partnership with Intel and Qualcomm.

They will have what the company describes as "a great battery life" and could for some prove an attractive, productivity-based alternative to a phablet or tablet. ASUS, HP, Lenovo, VAIO and Xiaomi have already confirmed that they'll be launching devices based on the concept.
As for the Internet of Things, Microsoft's showcase at Computex was aimed at businesses and highlighting how it is already revolutionising the energy, manufacturing and retail sectors. — AFP Relaxnews"