This blog has posted dozens of articles aimed at making Malaysians wary of the crucial need to transform themselves into a competent and relevant human capital force to help ensure Malaysia forward in this Century and into the next.


And, Bukit Lanjan has reiterated many times that super hi-tech science and technology is the only way forward for Malaysia.

“This can only be achieved via education. And our education policies need to be reviewed and overhauled to suit the fast changing needs for science and technology development,” Gerakan Deputy Speaker Syed Abdul Razak Alsagoff said.

He said: “In reviewing and overhauling the country’s education policies, measures must also be included to check the serious brain drain that Malaysia is facing.

And last March, the Chinese e-commerce giant Alibaba Group Holding Limited was reported to have plans to set up a regional distribution hub in Malaysia to cater to its fast-growing business in the region.

The hub would be sited within KLIA Aeropolis, a 24,700-acre development led by airport operator Malaysia Airports Holdings Bhd (MAHB) that is expected to generate more than RM7 billion (US$1.58 billion) worth of domestic and foreign investments. 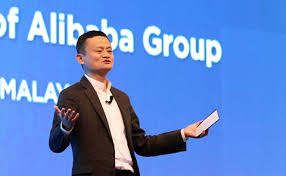 And he has become Asia’s richest person and 14th wealthiest in the world, according to the Bloomberg Billionaires Index.

“These developments should dispel any fears that Malaysians may harbour about China’s competency to help Malaysia forward with their investments.

“The prophets of doom or doomsayers should just shut up and stop sabotaging the future of Malaysians and Malaysia by spooking on the federal government’s success in attracting foreign investments, especially those from China,” he added. (Read this for context: http://bukitlanjan.blogspot.my/2017/06/bukit-lanjan-dont-be-deceived-anymore.html)

“Isn’t the federal government’s decision to appoint Jack Ma as its digital economy adviser a step in the right direction to forward Malaysia?” Syed Razak asked.

Here are two news reports, one from online news portal Free Malaysia Today and another from The Star Online for you to chew on:

Ma is now the richest person in Asia and 14th wealthiest in the world, according to the Bloomberg Billionaires Index. 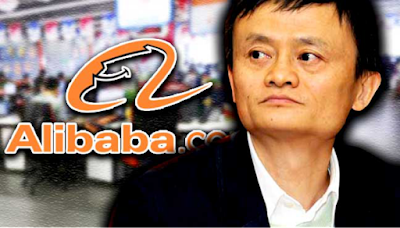 Ma, 52, is now the richest person in Asia and 14th wealthiest in the world, according to the Bloomberg Billionaires Index. His net worth has climbed US$8.5 billion this year to US$41.8 billion.

The latest surge came after China’s largest e-commerce company forecast 45 to 49% revenue growth in the year ending March, demonstrating how investments beyond online shopping are paying off. Shares in Alibaba, where Ma is chairman, rose 13% to a record high.

Alibaba and Tencent Holdings Ltd. — which dominate online shopping and social media, respectively have ventured deeper into new areas from cloud computing services to streaming music and video as the country’s economy slows.

Alibaba is capturing more digital advertising spending by incorporating social elements such as video in its shopping sites.

On Friday, the former English teacher said he wasn’t going to discuss corporate forecasts. He took the stage instead to describe how his company had become effectively the world’s 22nd largest economy just after Argentina in terms of transactions by never fearing to think big.

Ma, who said Alibaba revises 10-year plans annually, foresaw the company becoming the fifth-largest eventually by 2036 by serving burgeoning Chinese middle classes, taking advantage of global trade and making use of its valuable trove of data.

SoftBank, Alibaba’s largest shareholder has invested billions in companies such as ARM Holdings Plc with the intention of staking out a leading position in the future Internet of Things.

“The Internet of Things is gonna be big because in the past, machines drank electricity,” Ma told investors. “In the next 20 years, machines will drink data.”

“In the future, no company, no country, no business can survive without data.” - Bloomberg/FMT" 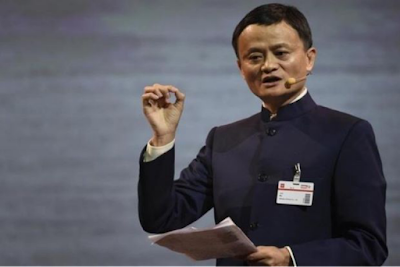 KUALA LUMPUR: Chinese e-commerce giant Alibaba Group Holding Limited plans to set up a regional distribution hub in Malaysia to cater to its fast-growing business in the region, two sources aware of the discussions said.

The hub would be sited within KLIA Aeropolis, a 24,700-acre development led by airport operator Malaysia Airports Holdings Bhd (MAHB) that is expected to generate more than RM7bil ($1.58bill) worth of domestic and foreign investments.

Alibaba executive chairman Jack Ma (pic) and Malaysian Prime Minister Najib Razak are expected to announce the plans at an event in Kuala Lumpur next week, the sources said.

The hub will be set up with the help of Malaysian state-linked agencies. It was not clear whether Alibaba would invest any funds in the project.

“Kuala Lumpur International Airport (KLIA) has existing facility for Alibaba Group to pilot their distribution services here, and if (Alibaba) decide to expand in the future, there is the option to build more on other (undeveloped) sites in KLIA Aeropolis,” one source said.

Alibaba and the Malaysian prime minister’s office did not respond immediately to requests for comment.

Najib appointed Ma as his government’s digital economy adviser during an official trip to China in November.

“Many people see Malaysia as an emerging hub next to Singapore. Malaysia may not be able to take all of Singapore’s business but it is a good choice (logistically),” one source said.

This would mark Alibaba’s first investment in Malaysia. The company invested $1bn last year to control Singapore-based e-commerce platform Lazada, Southeast Asia’s largest online shopping platform. It also increased its shareholding in Singapore Post to 14.4 per cent from the 10.2pc acquired in 2014 and bought a 20pc stake in Thai e-payment service, Ascend Money.

Ties between Malaysia and Beijing have blossomed in recent months with a surge of investments from China.

Najib returned from November’s Beijing visit with 14 agreements amounting to $34.4bil, which included an agreement to buy four Chinese naval vessels and collaboration to build rail projects in Malaysia.

Sources said the distribution hub would be part of Malaysia’s Digital Free Trade Zone (DFTZ), also slated to be launched during Ma’s visit next week.

“KLIA Aeropolis includes many components and the DFTZ is likely a new component to be added into the development,” one source said.

Plans to establish the DFTZ were announced in the national budget last October. – Reuters"