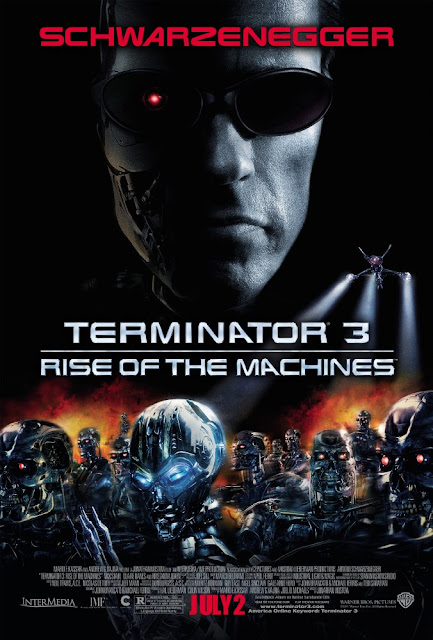 Remember Terminator? To be precise, Terminator 3 - Rise Of The Machines.

But what is today’s global reality? It’s China - Rise Of The Machines!!!


Yes. That is how far ahead China is compared with the rest of the world. And, in fact, this has been acknowledged by World No.1 superpower, the United States of America (US).

He said for Pentagon to report to Congress that China had made “notable advance in cryptography research” “is such an honour to the mainland Chinese”.

Syed Razak said: “To think that Malaysia was once regarded as more advance and richer than China after Merdeka (Independence) 1957 … we are now far, far behind China in terms of science and technology, economic power and national defence.

“We have very much to learn from China, and we have to learn very, very fast.”

Syed Razak, who is Gerakan’s nominee to contest N.37 Bukit Lanjan in the coming 14th General Election (GE14), said: “There is no better way to forge an extremely close relationship with China than to attract investments from the mainland Chinese.

“This will be the link to collaborations in both countries, and the opportunity to learn from China in every possible sector or field.”

He said Malaysians must need to reject the prophets of doom who continue to instill fear that China would eventually conquer Malaysia via investments.

“Again, I reiterate, that is all rubbish. Malaysians are in control of their country as long as they continue to elect the government of the day every five years.

“How do we lose that right?” Syed Razak asked.

Here’s two news reports posted by The Star Online for you to chew on:

WASHINGTON (Reuters) - China's 2016 launch of the first experimental quantum communications satellite represented a "notable advance in cryptography research," according to a Pentagon report to Congress released on Tuesday.

"The developer of the satellite claimed it has 'enormous prospects' in defence, moving China closer to more secure communications," the report said. It estimated total Chinese military spending in 2016 exceeded $180 billion.

Rise of the machines: China copes with robot glut

China wants to own the 21st Century economy. That's why Beijing economic planners have mapped out a full-on strategy called Made in China 2025 to dominate in artificial intelligence, robotics, electric vehicles and other key sectors. The government is spending big on tax breaks and subsidies to get these industries off the ground quickly. Call it industrial policy on steroids.

The US and European Union chambers of commerce in China both warned in March the country is becoming more closed to foreign business, and its Made in China drive will make matters worse. (The Chinese government says the playing field remains level for local and global firms.)

Put that question aside, though, and consider this: Will the Chinese strategy of throwing massive resources at new industries create world-beaters or end up being a massive waste of resources in an already heavily indebted economy?

Take the electric-vehicle industry. China plans to halt issuing permits to produce electric vehicles in the world’s biggest auto market, according to Bloomberg News, citing people with knowledge of the matter. The National Development and Reform Commission, which oversees new investments in the auto industry, wants to evaluate the programme after handing out 15 production licenses since March 2016.

China has identified new-energy vehicles as a strategic emerging industry and aims to boost annual sales of plug-in hybrids and fully electric cars by tenfold in the next decade. Besides giving generous subsidies for both consumers and manufacturers, the government created a class of permits allowing companies, including billionaire Lu Guanqiu’s Wanxiang Group and a Volkswagen AG joint venture, to produce only electric vehicles, while imposing a moratorium on new capacity for the manufacture of conventional gasoline-run vehicles.

The state support helped China surpass the US in 2015 to become the world’s biggest market for new-energy vehicles – comprising EVs, plug-in hybrids and fuel-cell cars. That's impressive, but there are now more than 200 electric-vehicle makers in China, a big economy for sure, but one that's been decelerating in recent years. There's no question a cathartic shake-out is coming. It's only a matter of when.

The same living-large investment is taking place in robotics, another industry.

Yet does China need 800 robotics companies? Lured by tax breaks and cheap land, some startups have set up shop, bought key components from Western and Japanese firms, put them in a robot shell with an arm, and then slapped on a Chinese brand name, said Chai Yueting, director of the National Engineering Laboratory for E-Commerce Technologies at Tsinghua University.

“China has lots of robot companies. But their technology often is from the Japan or US,” Chai said. “China’s own specific robot technology is still very limited.” He predicted at least half of China’s robot makers will eventually shut their operations.

Chinese planners are throwing massive resources into the industries they deem critical to the nation's future prosperity.

Who knows? Maybe China will produce national champs that eventually will rule electric cars and robots. Yet, if so, it likely will be a very messy – and very expensive – undertaking. — Bloomberg"