This is Pulse Of Bukit Lanjan’s third article this week calling on Malaysians to remain resilient, refrain from buying and bring property developers down to their knees.

Now, there is even more reason to do so, with Ernest Cheong, a 50-year veteran in the real estate business, exposing a ruse that drove up property prices.

“Malaysians must wise up and get back at property developers. Continue with the pressure and bring them down to their knees so that they have no choice but to reduce prices,” Gerakan Deputy Speaker Syed Abdul Razak Alsagoff said.

“Be united and resilient. Continue to reduce demand and property prices will naturally come down. Buy only properties that are reasonably priced I.e RM500,000 and below.

“Prices will fall to below that when supply outstrips demand,” he added.

Syed Razak, who is Gerakan’s nominee to contest N.37 Bukit Lanjan in the coming 14th General Election (GE14), said real estate agents, developers and other stakeholders were now “desperate and spreading the word around that it is now the best time to invest into properties”.

“Don’t listen to them talking rubbish. Ignore them. Listen to Cheong who says the property market will take a terrible hit next year.

“In short, property prices will tumble significantly. The federal government has already confirmed that the number of unsold completed residential units rose by 40% to 20,807 units in the first half of 2017 (1H17) compared to the same period last year.

"The ruse that drove up property prices
Minderjeet Kaur
| November 16, 2017

Ernest Cheong points finger at developers and gurus as well as banks. 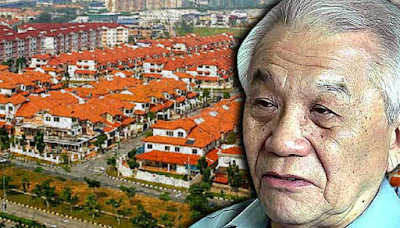 PETALING JAYA: A real estate expert has traced the rise in property prices to a sudden spike in 2010, which he says was consciously brought about by developers and gurus, with a lot of help from the banking industry.

“By 2010, Malaysia had recovered from the mild recession and that was the beginning of a property price hike through tactics used by these stakeholders,” said Ernest Cheong, a 50-year veteran in the real estate business.

He said the developers and gurus, knowing that middle-income earners were beginning to make more money, decided to instil fear in them and encourage their greed.

“The property gurus drummed up fear into parents,” he said. “They said if you don’t buy now, the prices will shoot up further in two years. Houses would become out of reach to their children.”

This message was repeated at all property seminars, he alleged, adding that concerned parents who heard it would book second houses as investments for their children by paying the required 10% deposit.

He also alleged that some developers would create a false demand by having their own people book newly-launched properties.

He said this created long queues at property launches and the developers would claim that houses were snapped up within days.

“This was especially so in 2013, 2014 and 2015,” he said. “They would say all the units had been booked. And then they would call the disappointed potential buyers after a week, saying the former buyers’ bank loans had been rejected.

“All of this caused fear among buyers. The demand increased and so did the price of properties.

“With the money they made, developers started advertising extensively to woo more buyers.”

He recalled that the government was then saying the economy was doing well by pointing to the demand for properties.

He also said many people who bought properties in 2012 and subsequent years were now unable to service their loans because they were trying to contend with the high cost of living brought on by the goods and services tax and other factors, such as increases in assessment charges and electricity tariffs.

On Tuesday, Cheong told FMT that the property market would take a hit next year, with developers and house owners finding it terribly tough to find buyers. He warned of a possible market crash.

Henry Butcher Malaysia CEO Tang Chee Meng disagreed although he acknowledged that the market was sluggish and the stock of unsold houses could increase next year.

However, he said properties priced under RM500,000 were still enjoying good take-up rates, adding that this was true also with more expensive properties that were well located.

“For anyone to say that the market will crash next year is a bit too pessimistic,” he said.

Tang also noted that Malaysia’s economy was projected to grow between 5.0% and 5.5% next year and that there had neither been any significant increase in non-performing loans nor a substantial rise in the number of foreclosed properties.

Property market will be badly hit in 2018, says expert 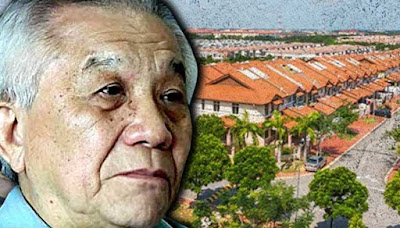 PETALING JAYA: The property market will take a terrible hit next year, with developers and house owners facing one of the toughest times to find buyers, says a real estate veteran.

Ernest Cheong said it could lead to a market crash as consumers do not have the financial capacity to own homes with some failing to even pay their monthly instalments.

“The panic (within developers and house owners) might start after Chinese New Year in February or later if the government decides to pump in money to strengthen the market,” he told FMT.

He was responding to a statement by Deputy Finance Minister Lee Chee Leong who said unsold completed residential units rose by 40% to 20,807 units in the first half of 2017 compared with the same period last year.

Lee had said the units were worth RM12.26 billion with condominiums and apartments costing over RM500,000 dominating the unsold homes in Malaysia.

However, Cheong pointed out that the RM12.26 billion is only from the primary market, which includes launches by developers. It does not include the secondary market, which is house owners seeking to sell their homes.

“Previously, house buyers needed to pay 10% as deposit. Today, the situation is different. Developers are in a desperate situation.

“That is why they are allowing buyers to pay 1% of the property price and pay the remainder upon completion,” he said.

Cheong said this “generous payment mode” exists because developers are finding it hard to sell off their new properties.

He said they are in danger of losing their bridging finance from banks if they fail to sell at least 40% of the total units. The bridging finance is used by developers to support their construction.

“This is where the danger starts. I predict if this continues, markets will crash within 24 to 30 months because consumers do not have the financial capacity to buy properties any more.

“Furthermore, developers who started building two years ago are expected to flood the market further with their units.”

He estimated the value of homes waiting to be sold in the secondary market to be around RM4 billion and expected more foreclosures by banks.

“So about RM16 billion of properties are waiting for buyers. But there is no demand. The reason is that people don’t have the money,” he said.

When the property crash comes early next year, Cheong expects the prices of houses to fall from RM500,000 to RM300,000.

He advised Malaysian consumers not to commit to buying a home unless they could save up to RM1,000 a month for at least a year.

“This is to cover for rainy days if they lose their jobs.”

Cheong said findings by the Employees Provident Fund show that 89% of Malaysians earn RM5,000 and below a month.

He said those who bought their homes five years ago are facing hardship as prices of homes were at their peak then.

On average, for every RM100,000 housing loan, a buyer pays the bank RM500 instalment a month, based on a 30-year payment period.

Cheong advised Malaysians to spend cautiously and invest wisely instead of buying any property at the moment.

“There should not be any urgency to buy a property at the moment. Try renting first."