BUKIT LANJAN: 130,690 houses unsold in Malaysia! Keep it up Malaysians! Bring property developers down to their knees!

BUKIT LANJAN: 130,690 houses unsold in Malaysia! Keep it up Malaysians! Bring property developers down to their knees!

This is Pulse Of Bukit Lanjan’s fourth blog post this week urging Malaysians to refrain from buying house so as to pressure greedy property developers to reduce prices.

It was already bad enough for property developers when a deputy minister revealed on Nov 14 that the number of unsold completed residential units rose by 40% to 20,807 units in the first half of 2017 (1H17) compared to the same period last year.

“The meat of the report is that Malaysia has a record high unsold residential properties of about 130,690 units until the first quarter this year, mainly for houses priced above RM250,000, while the vacancy rate for office space is expected to be at 32% in 2021,” Gerakan Deputy Speaker Syed Abdul Razak Alsagoff said.

“The situation must now be very desperate for property developers for Bank Negara Malaysia (BNM) to come up with such a revelation. But the greedy developers are still stubborn.

“They still refuse to lower the prices of their properties. And they continue to bait houses buyers with gimmicks like free legal fees, free furnishing, free this and that.

“Obviously, Malaysian house buyers don’t buy those sales and marketing tricks anymore. And that is why about 130,690 residential units are now left unsold.

“Yes, Malaysians. Keep up the pressure. Refrain from buying. Only buy low, not high. Keep whatever savings that you have until developers crumble under pressure and start lowering prices of houses to dirt cheap,” he added.


Syed Razak, who is Gerakan’s nominee to contest N.37 Bukit Lanjan in the coming 14th General Election (GE14), said this was now the best opportunity for Malaysian house buyers to teach greedy property developers a lesson that they will never ever forget”.

“For so many residential units to be left unsold, Malaysians must have for some time already stopped buying houses. Good move, keep up with the pressure and the houses will certainly become much more affordable,” he added.

Here’s the Bernama news report as posted by FMT: 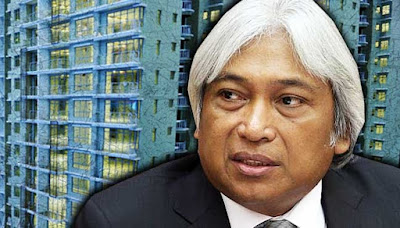 He said Malaysia has a record high unsold residential properties of about 130,690 units until the first quarter this year, mainly for houses priced above RM250,000, while the vacancy rate for office space is expected to be at 32% in 2021.

With about 140 malls entering the market in key states by 2021, he said this would exacerbate the oversupply potentially becoming more severe than during the Asian Financial Crisis (1997).

According to the International Monetary Fund, historically housing booms have been followed by busts about 40% of the time, which is associated with longer economic downturns and larger output losses compared to equity market.

Given that they are imbalances in both residential and commercial property segments, BNM in its report, said this is a source of concern as the property sector has linkages to more than 120 industries, collectively accounting for 10% of gross domestic product and employing 1.4 million Malaysians.

Muhammad said the central bank had raised this issue to banking institutions and the exposure of the financial institutions on this sector was still at a prudent level but property oversupply could impact other sectors.

Housing loan approval rate stood above 70%, while the rejection rate remained below a four-year average at 23.3%, he said, adding that financing for speculative house purchases remained muted.

In the first nine months of this year, RM121.6 billion of new housing loans were approved by banks, benefiting close to 300,000 borrowers.

He said housing loans continued to grow at a sustained pace of 8.8% this year from 11% last year.

On outstanding loans, about 71% were for the purchase of houses priced more than RM500,000 by first-time house buyers, he added."