BUKIT LANJAN: A living hell of protracted socio-economic woes for residents and JMB

BUKIT LANJAN: A living hell of protracted socio-economic woes for residents and JMB

In Malaysia, living or residing in properties that come under the strata title control or laws is a living hell of protracted socio-economic woes.

And the problems are caused by selfish and unthoughtful residents who refuse to settle their dues to manage and upkeep their neighbourhood.

“And the problems are also compounded by the authorities who don’t have the will to enforce the laws strictly,” Gerakan Deputy Speaker Syed Abdul Razak Alsagoff said.

“It it no small matter. It is a nationwide problem for residents and Joint Management Body (JMB). The dispute arises from property owners who refuse to pay the JMB for the application of strata titles.

“So, those who refuse to pay want free service? The problem is akin to wanting people to work but don’t want to pay,” he added.

However, Syed Razak said: “I don’t have the full details of the case but generally, many refuse to pay their monthly management fees to upkeep their neighbourhood, lifts, security etc.

“Look at Singapore how they manage their high rise living woes. You don’t pay your dues within the first week of every month, your premise is sealed by the court.

“No one will dare default payment for fear of being locked out of their home,” he added.

Syed Razak, who is Gerakan’s nominee to contest N.37 Bukit Lanjan in the May 9 14th General Election (GE14), said the authorities governing high rise living must “buck up to ensure all rules, regulations and laws are adhered to by property owners”.

“Perhaps, it is a consolation to note that no high rise property owner can get away with not paying management fees. When they want to sell their property, they must settle all their accumulated dues or debts.

“Failing to do so, lawyers and financial institutions will not give their approval for the sale,” he added.

“Why make it so hard on yourself? Settle your dues every month and sleep soundly,” he added.

Here’s the news report as posted by The Star Online: 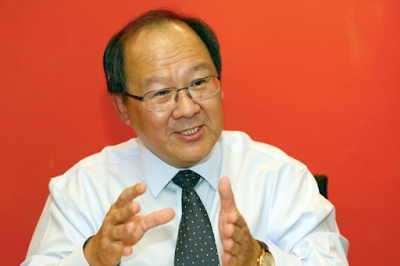 In its ruling on Thursday (April 12), Strata Management Tribunal president Datuk Roger Tan (pic) said that the COB could not unilaterally remove Malcolm because he failed to comply with two notices from them dated July 31, 2017 and Sept 14, 2017.

In those notices, the COB ordered Malcolm to stop collecting additional payments for the application of strata titles from residents based on a decision made at a Joint Management Body (JMB) extraordinary general meeting on May 21, 2017.

At the meeting, the JMB decided to impose a RM500 fine on residents who refused to pay the additional sum but then set aside the decision and ordered the JMB to stop collecting payments in a letter dated Sept 14, 2017.

The JMB then filed a claim with the tribunal to compel the COB to confirm the meeting had been carried out in accordance with the Strata Management Act 2013, which he said circumscribed the powers of the COB.

Tan said that the COB acted beyond its powers (ultra vires) because the Act does not expressly empower it to make a declaration on Malcolm's chairmanship as well as the validity of the EGM and the resolutions passed then.

Tan added that such power is only vested in the tribunal under Section 105, 117 and Fourth Schedule of the Act, saying that the COB is only entitled to direct a new EGM to be held or to apply for leave of the tribunal to set aside the decisions of the EGM.

In this case, Tan allowed the COB's counterclaim to declare the EGM of May 21, 2017 to be null and void as the JMB had no power to impose such a fine under the Act.

Tan also ordered that the next annual general meeting of the JMB to be held within 45 days thereof."