A 59-year-old woman has been charged with murdering an Indonesian maid and her 32-year-old daughter charged with employing an illegal foreigner.

Both, if found guilty as charged, deserve the maximum punishment or sentence by the court, including the death penalty for the mother.

“The death of another foreign maid in Malaysia at the hands of Malaysians has tarnished the image of the country as a civilised society and nation,” Gerakan Deputy Speaker Syed Abdul Razak Alsagoff said.

He said it was not surprising for Indonesia to react angrily and ban the “export” of maids to Malaysia.

“It’s not the first time such murders have happened in Malaysia involving Indonesian maids,” he added.

Syed Razak said: “Although some compensation, if you can even deem it as such, in financial aid has been given to the family of the dead Indonesian maid, is that just?

“What is money for a life lost and the indignity for the months or years of abuse and ill treatment that’s worst than and reserved for an animal!”

JAKARTA: Compensation and salary arrears totalling RM63,900 have been paid to the family of Adelina Lisao, the Indonesian maid who died following suspected abuse in Malaysia.

Malaysian Ambassador to Indonesia Datuk Seri Zahrain Mohamed Hashim said the amount comprised the maid's salary arrears from Jan 2015 amounting to RM35,900 and the compensation for the family, including the costs for repatriation and funeral processes.

"The payment was made to Indonesian Consul-General in Penang on Feb 13," he told reporters here Wednesday … for more, go to https://www.thestar.com.my/news/nation/2018/02/21/rm63900-in-compensation-salary-arrears-paid-to-adelinas-family/ "

Syed Razak, who is Gerakan’s nominee to contest N.37 Bukit Lanjan in the coming 14th General Election (GE14), said a video of an elderly woman assaulting a young-looking girl had now gone viral in Facebook and WhatsApp.

“Police was quick in analysing the video and confirming that the elderly woman featured in the video was not that of the 59-year-old murder suspect, as claimed or alleged in the social media network postings.

“That’s well and good. But the police must act swiftly to track down the elderly woman in the video, if the scene of crime is in Malaysia,” he added.

“What is worrying are the assumptions and perhaps misinformation following the cyberspace postings. Even the mainstream media are guilty as such, posting premature news not based on substantiated evidence.

“Clearly, the news from the mainstream print media may end up being factually inaccurate,” he added.

> How sure are you the video was shot in Malaysia?

> How sure are you the young-looking girl in the video is a maid? Or even an Indonesian maid?

“The only accurate and clear fact in the video is that a young-looking girl is being assaulted by an elderly woman.

“And, all we read in the news is Seberang Prai Tengah district police chief Assistant Commissioner Nik Ros Azhan Nik Ab Hamid saying the video had nothing to do with Adelina (the dead maid) and urged the people not to spread rumours.

“There is no news or information on whether the police have launched a nationwide probe to establish the scene of crime and track down the assailant.

“The police must treat the video seriously and investigate swiftly. No police report does not mean no crime is being committed.

“Lets not wait for another death before appropriate action is taken,” he added.

Here are details of the issues as posted by the NST Online: 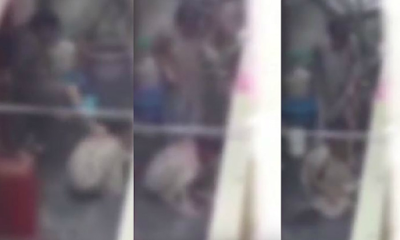 BUKIT MERTAJAM: A horrifying video footage that has emerged of a maid being beaten up by a woman has gone viral on social media.

The more than two minute video showed the woman, in her 50s, repeatedly stomping on the victim before hitting her with a stick.

It was not immediately known where the video was taken and who had captured it.

The victim could be seen crying and begging for mercy from the woman, and many had jumped to conclusion that it was that of Indonesian maid, Adelina Lisao, 26, who died following repeated abuse by her employer on Feb 11.

However, police have since denied that the video was that of Adelina being abused. 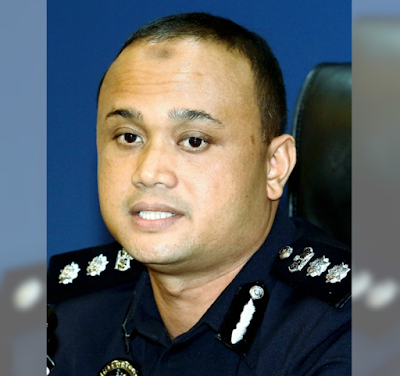 Seberang Prai Tengah district police chief Assistant Commissioner Nik Ros Azhan Nik Ab Hamid said the video had nothing to do with Adelina and urged the people not to spread rumours.

She was found with severe injuries on her head and face, and infected wounds on her hands and legs.

On Wednesday, her employer, M.A.S. Ambika, 59, was charged at the Bukit Mertajam magistrate's court with her murder while Ambika's daughter, R. Jayavartiny, 32, faced a charge of employing Adelina illegally at the same court.

BUKIT MERTAJAM: A mother was charged at the magistrate’s court here today for the murder of her Indonesian maid earlier this month.

Both offences were allegedly committed at their house in Taman Kota Permai here between March last year and Feb 10 this year.

Ambika nodded her head to indicate that she understood the charge but no plea was recorded from her.

She was charged under Section 302 of the Penal Code for murder which carries the mandatory death penalty upon conviction.

Jayavartiny also nodded to indicate she understood the charge but uttered “tak mengaku” (not guilty) to the offence.

Ambika’s 39-year-old son, initially arrested together with the accused, has been released on police bond and will appear as a witness during the trial.

Ambika was in tears as she told press photographers to stop taking photos of her and her daughter.

Jayavartiny, who had her face covered with her black t-shirt throughout, was overheard telling Ambika not to say anything further but the elderly woman went on and on.

Deputy Public Prosecutor Hamzah Azhan asked for bail to be set at RM20,000 with one surety.

Jayavartiny’s counsel, however, requested for a lower bail.

He argued that she was only working as a salesgirl and needed to work to earn enough money to hire a lawyer for Ambika’s court case.

Magistrate Muhamad Anas Mahadzir set bail at RM15,000 with one surety and fixed April 19 for submission of chemistry, forensic and post-mortem reports.

Ambika, clad in a Punjabi suit, was then charged with murdering Adelina at the same place at 4pm on Feb 10 this year.

She too nodded her head to indicate that she understood the charge but no plea was recorded from her.

She was charged under Section 302 of the Penal Code for murder which carries the mandatory death penalty upon conviction.

Adelina was rescued from her employer’s home at Taman Kota Permai, Bukit Mertajam, on Feb 10 after it was reported that she was physically abused and was made to sleep on the porch with a dog.

She was found with severe injuries on her head and face, and infected wounds on her hands and legs.